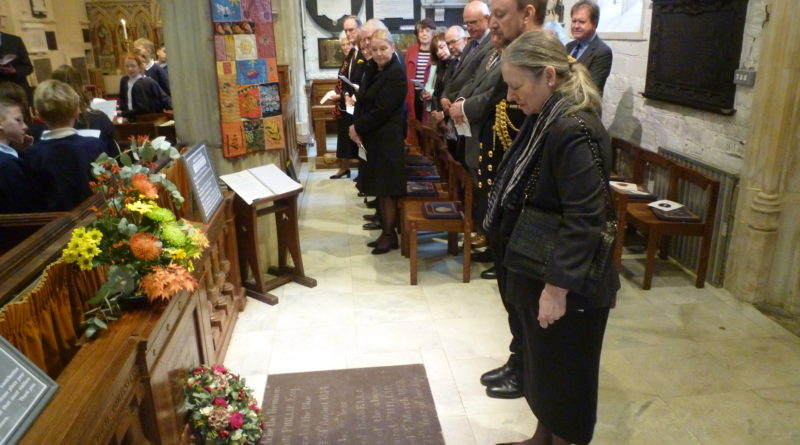 Today would have been Admiral Phillip’s 281st Birthday.  But I don’t think anyone would really want to live quite that long – just maybe not even you young schoolchildren.

At the age of 11, young Arthur Phillip went to school in Greenwich, on the River Thames near London, to a school for poor sons of seamen.  There he studied writing, mathematics, navigation and drawing – all essential subjects for a future Naval Officer.

Like yours, the school had a Head Teacher, though in those days he was called Headmaster, and would have been a figure of great authority – again, just like your Head Teacher, Mr Brewer, no doubt.  The Greenwich Headmaster wrote reports on the boys.  In his report on young Arthur, he praised the boy for his “diplomacy and mildness” and for being “reasonable, business-like in …. everything he undertakes, always seeking perfection”.  That’s quite some praise, I’m sure you would agree – but then I expect you all would have reports like that.  If not, you have something to aim for!

Young Arthur was apprenticed when he was 14 to the merchant navy and sailed in the Arctic and other oceans, before joining the Royal Navy as a Midshipman, and fighting in the Seven Years War. Later, as a Royal Navy Captain, he was seconded to the Portuguese Navy (Portugal was England’s very first Ally), where he saw slavery and the slave trade – and hated it.  The Portuguese also praised Arthur Phillip highly, for his “judgement, integrity (honesty), tact …. An officer most honourable and of education and principle…………of truth and very brave, and no flatterer”.

You may think him quite a rôle model.

But he did not have any film star features.  He was a small chap, not in the least handsome, rather unimpressive physically.  Yet he was very well fitted for the most important rôle of his life: commanding the First Fleet (as it later became known) that took the first convicts to the country, where he became the first Governor of New South Wales and thus the Founder of the country that became Australia.  Captain Phillip, Governor Phillip, faced enormous obstacles for much of his life, but none so great as he faced in that great task.

He planned the voyage of eleven ships carrying over 1,000 people: convicts, Marines, seamen and staff.  He planned in fine detail, and argued successfully for good conditions for all before they left England.

Arthur Phillip led the convoy that became the First Fleet, sailing over 15,000 miles, half-way around the world.  The voyage took eight hard months of sailing, by power of wind alone, sometimes too little wind to move, sometimes too high winds and waves.  Eventually the convoy arrived in Botany Bay, where the Government in London had decided the new colony should be set up. And the record of good health of all who sailed in the First Fleet was then a world record.

The new Governor decided to overrule one of his instructions from London.  He did not set up the colony in Botany Bay, as Captain Cook had authoritatively recommended eleven years earlier, because on arrival there, Phillip found the water too shallow for a real harbour, and the supply of fresh water insufficient.  He explored farther north, by small ship’s boat, until he found a much better place, a Cove in Port Jackson, which he named Sydney Cove (after Lord Sydney, the then Home Secretary in London who was in charge of colonies).

In Sydney, Governor Phillip faced more tough obstacles to setting up and running a viable, self-sustaining colony, obstacles of all sorts: difficulties he expected in growing food crops and developing a new economy;  difficulties he surely half expected in managing so many convicts, many of whom knew little else but crime, in getting them to behave well, including towards the local Aborigines, to whom Governor Phillip was particularly kind, also instructing all members of the new colony to be gentle and understanding to these local inhabitants; – and difficulties of the unexpected, including serious problems with his unhappy, disobedient and badly behaved second-in command and Lieutenant-Governor, a marine Major.

To face all these difficulties and many more, and eventually to overcome them, Governor Phillip was quite probably uniquely well-equipped, by his varied, disciplined and deep background knowledge – knowledge of cultures (he learned some of the local Aboriginal language, and made friends with Aboriginals); knowledge of farming (perhaps unusually for a Naval officer); knowledge of the important skills of administration; knowledge of the sea – this was a maritime colony and one dependent initially on sea communications around the world; and perhaps above all, knowledge of his fellow human beings and how to lead them.  Arthur Phillip (like Lord Sydney) was a man ahead of his time, a man of the Enlightenment, a humanitarian of a very high order.  He practised that humanitarianism every day in running the new colony, to the surprise of many.

He achieved that which had never been attempted in the world before.  It was the 18th Century equivalent of putting a man on the moon.

I believe that Admiral Phillip was also, if not deeply religious, a decent Anglican, a churchman.  I like to think, but cannot prove, that he asked, perhaps instructed, that the two lessons at the first church service in Sydney Cove, in February 1788, should be the Isaiah Chapter 42 passage that speaks of bringing out the prisoners from the prisons, and of singing a new song – “ye that go down to the sea, and all that is therein; the isles and the inhabitants thereof”; and from Matthew Chapter 6, the particularly appropriate instruction not to take thought for raiment (clothes) …… Solomon in all his glory was not arrayed like the lilies of the field.

All these qualities of this remarkable man and leader of men and women, together with his constant determination and devotion to duty, enabled Governor, later Admiral, Phillip to lay the firm foundation of what became the very fine country of modern Australia and, as Phillip predicted, a close and extraordinarily sound ally of Great Britain.

Arthur Phillip was never a man of robust health.  Indeed, his return to England from Sydney in 1792-3 was forced upon him – to seek medical attention.  Here, at the public library in Bath, he met Isabella Whitehead and with her contracted a second, late but happy marriage.  His first marriage, to Charlott, had ended in 1769 in formal separation (divorce of the day).

Phillip hoped to return to New South Wales; but he was sent back to active naval service.  He commanded several ships in the Mediterranean Fleet during the Napoleonic Wars, and conducted a delicate diplomatic mission in Lisbon.  Later, as a full Admiral, he commanded the national Sea Fencibles force, and the Impress Service, doing his country further fine, though again hardly front-line, service.

Admiral Arthur Phillip was not recognised with any honours in his lifetime, save for his promotion to the top of the Navy, and of course his burial here, in a most honourable fashion.  But he has been honoured at this lovely church for many years, the Australia Chapel and the displays and more bear witness to that honour.

In the year 2014, 200 years after his death, Admiral Phillip was given national British recognition and honour, as he most warmly deserved.  Better late than never. A memorial stone was designed, carved, laid in a prominent position in the Nave of Westminster Abbey and dedicated in a fine service at which the Duke of Edinburgh, HRH Prince Philip laid a wreath.  Prince Philip is an admirer of Admiral Phillip, and once instructed me in firm naval terms and tone, that the eleven ships the then Captain Phillip commanded were a convoy, not a fleet.  It was only later that they were to be dubbed the First Fleet.

And very close to home, that same year, 2014, a splendid and evocative memorial tribute in Bath stone and fine bronze was designed and constructed – and unveiled by the Lord Lieutenant of Somerset and the then Chairman of the Britain-Australia Society Educational Trust, in the north garden of Bath’s Assembly Rooms, just across from Admiral and Isabella Phillip’s house in Bennett Street.  I hope you have seen it.  If not, I recommend a school outing to see this remarkable tribute sculpture: do go and see it, turn the globe to follow the First Fleet’s track; see if you can use the armillary to tell the time in both Bath and Sydney; and read at least some of the 400 words engraved of the bands of the armillary sphere atop the Bath stone base symbolising the landing at Sydney Cove.

Thank you for listening, and thank you for sharing in this birthday celebration in this beautiful church and resting place for a very great Anglo-Australian hero.

Visit of the Queensland Governor

October 6, 2014 adminboz Comments Off on Visit of the Queensland Governor 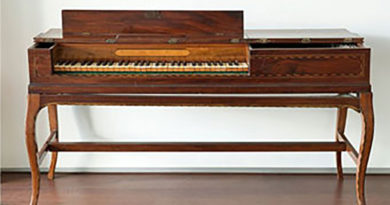